Boston Pizza/Kingpin Bowlounge is proud to be the home of Yuk Yuk’s On Tour in the Waterloo Region as a show venue! Join us before the show for a meal at Boston Pizza or order food and beverage during the show. 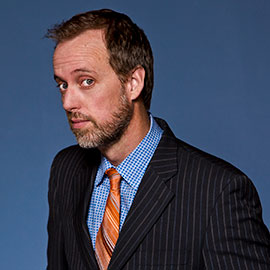 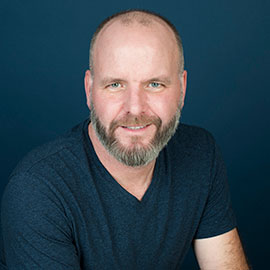 One is swept up by this instantly likeable lanky looney tune, and kept by the depth of material and performance. Paul’s a high end, free wheeling hybrid, able to work absolutely clean (or not…) with ease. He draws material from his crazy everyday life and spins it into comedy gold. His natural improv skills keep audiences wanting more.

Paul has been a fixture on the national scene since winning the Toronto New Comic Search in 1998. Over his 20 years he has done it all from packed theaters of 1000 people to 25 people in a man-cave garage. He was even hired to dress up as a door man and heckle lawyers as they arrived at their corporate party - everyone has a different sense of team. Paul has his own one hour Comedy Now special and was a hit at CBC's Halifax Comedy Festival.

Paul has starred in over 40 commercials worldwide, showcasing his comedic timing and antics. Most recently recognized during Blue Jays broadcasts as the goofy Dad who can't catch in Honda's trade-in your car event ads. Paul won a Bessie award for best male performance in a U.S. national Budweiser ad that aired during the Superbowl. Paul’s film & television appearances include; “The Squeeze” at the international short film festival, “The Santa Suit” opposite Kevin Sorbo, on the Hallmark and WTN networks in Canada and the U.S., the sitcom “Dan for Mayor”, he even scored a small role in the recent Robocop reboot, sharing a scene with Gary Oldman.

Dan Brennan has lived many places in his life, but he now calls the comedy stage home. Based out of Hamilton, ON. Dan is a gifted storyteller, and his material, based on all the times he got it wrong and his inability to comprehend the modern world, is delivered with hilarious effect. Catch him regularly at Comedy clubs throughout Ontario and @comedythingsdanbrennan on insta and @danbrennanlive on twitter.

Jeff has quickly established himself as a rising star in the Canadian comedy scene and was nominated for a prestigious Canadian Comedy Award. Jeff is also a favourite on the festival circuit having appeared at the CBC’s Winnipeg and Halifax Comedy Festivals and the Icebreakers Comedy Festival. As well, he can be heard on XM Satellite Radio and has appeared three times on The Being Frank Show. As a writer, Jeff freelances for several major advertising agencies and does script consulting for Disney.

When he is not winning over audiences and readers with his outstanding writing, Jeff can also be seen in his many commercials. He has appeared in international campaigns for many large companies such as Budweiser, Honda and Canadian Tire.

Regardless of the medium, Jeff is an undeniable talent that should not be missed. 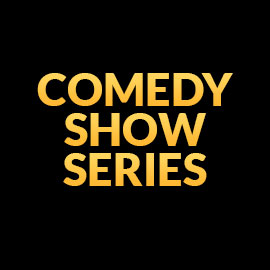 Comedians to be announced